The Effects of Working Parents on Children

Every parent dreams for their little ones to live a comfortable life, even if this means having both the mother and father endlessly work to provide for their children’s wants and needs. However, the topic of both parents working garners different opinions. A good portion would say it is necessary in order to live a convenient life while others would argue that only one parent should work and the other one stays at home to take care of the kids.

The thing is, there’s no right or wrong answer. In modern times, it is completely common to witness both parents in a household working. Not only for those who are undergoing tough economic situations, but even within upscale families. This family trend has both its own list of advantages and disadvantages so let’s narrow down what is the impact of working parents on children.

Impacts of Working Parents on Children

With a joint family system, leaving a child at home for work is not a difficult pill to swallow since there are multiple caretakers. This could be aunts, uncles, or grandparents. Raising a child in this environment allows the parent to work with peace of mind, knowing their kid is in perfectly safe hands.

However, recent times introduced the rise of nuclear families. These are families which only consist of the parents and their children (one or more). If both parents are working, they don’t have much of a choice but to their children alone and the impacts of working parents on children has its own fair share of pros and cons.

The Positive Impacts of Working Parents

Even though the thought of two parents working and leaving children alone irks some parents, it still offers positive impacts on children.

When mom and dad are both working, an above-average lifestyle is more achievable. This is its prime advantage. There is more than enough money for the basic needs of the children and enough money to spend on their indulgences.

With both parents working and having very limited time at home, the kids are more likely to understand that time doesn’t come back once it has passed. This will teach them the importance and value of time at an early age.

Since both parents are out and about in the real world, they have more experiences than those who choose to stay at home. This can also mean that they have more real-world stories to tell their children. Ultimately, this helps the kids to become mature and understanding of life beyond their homes and rooms.

Kids of working parents are more likely to become independent from a very young age. Since they are left alone for the most part of the day, they learn to make decisions for themselves, as well as know household chores. Some instances even show teenage children acting as the mother figure for their younger sibling when the mommy is at work.

The Negative Impacts of Working Parents

As mentioned above, the impacts of working parents on children aren’t as bad as we all think. However, the act of leaving the child alone still has negative effects on them.

Due to job relocations, couples with children are often forced to relocate to places where they don’t have faster access to their main families. More often than not, grandparents are unwilling to move with them, which leads to working parents hiring nannies or enrolling their younger kids in daycare.

Because of this, younger kids might feel neglected which they might carry as they grow older. Instilled in their mind is their parents being too busy to even play or communicate with them. This could lead to a child harboring a distant relationship with his parents.

Working moms don’t have it easy. Whether they leave their child with a nanny or in a daycare, the feeling of restlessness stays with them. Aside from that, being exhausted from work and coming home to take care of an energetic child can lead to stress.

Since both parents and children are unable to spend time together, kids might become stubborn and aggressive. 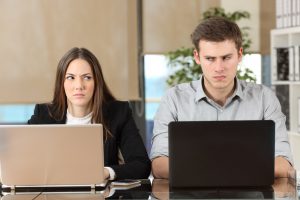 Visit Riomaggiore village on cliff rocks and sea at sunset.
Book Now
PrevprevSingle and Happy: Perks of Being Single
next7 Productivity Tips While Working from HomeNext